Models and videos and screenshots, oh my!

We will be updating the media section as and when new material becomes available. See below for models, trailers, other videos, screenshots and other images.

Designed and manufactured in the aftermath of the Terran-Kilrathi War, the Bearcat was to be the next top-of-the-line heavy fighter in the Terran Confederation Space Force. A peacetime design, it was to defend the Confederation against future enemies and against Kilrathi raiders who were still intent on continuing the war with the Confederation. With a standard armament and fair speed, it had potential as a formidable dogfighter on the frontlines.
Class: Heavy Fighter
Manufacturer: Douglas Aerospace
Max. Velocity: 500 k/s
Shields: 250 cm equiv.
Armor: 100/100
Weapons: Tachyon Cannon (4), Ion Gun (2)

The Excalibur is a heavy fighter that was first developed in the 2660s. At the time of its introduction in 2669, it was one of the most advanced starfighters in Terran service. It was designed as a space superiority fighter and was fitted with a large and powerful armament designed exclusively for this role. It could also be adjusted to serve a variety of roles, and its weapons loadout could be configured to carry heavy weapons of various sorts.
Class: Medium Fighter
Manufacturer: Douglas Aerospace
Max. Velocity: 420 k/s
Shields: 250 cm equiv.
Armor: 100/80
Weapons: Ion(2), Particle(2)

The Hellcat V was the workhorse fighter of the Confederation during the Terran-Kilrathi War. The Hellcat V is a strong contender for the best all-around fighter in the fleet during its service era. Lacking the acceleration and speed of an Arrow or the power of a bomber, the Hellcat is best suited for SWaC (Space Warning and Control), reconnaissance-in-force or escort missions.
Class: Torpedo Bomber
Manufacturer: Douglas Aerospace
Max. Velocity: 320 k/s
Shields: 500 cm equiv.
Armor: 300/300
Weapons: Ion(2), Plasma(2), Particle(1)

The Thunderbolt VII saw extensive action in the later half of the Terran-Kilrathi War. As a heavy fighter, it was designed with the ability to hold its ground in a dogfight against multiple enemy fighters and to assault high-priority targets. The Thunderbolt VII was built on a heavy chassis with a large weapons loadout capable of sporting one torpedo for anti-ship combat.
Class: Torpedo Bomber
Manufacturer: Psaab Engineering
Max. Velocity: 350 k/s
Shields: 400 cm equiv.
Armor: 250/250
Weapons: Mass Driver(3), Photon(2)
Special Weapons: Leech(2), Stormfire(2)

The Avenger is a massive bomber of a bulky and unconventional design. It is heavily armed with numerous lasers and a standard missile loadout, granting it a great deal of firepower. It is large and heavily-armored, allowing it extra protection on the battlefield. It also possesses jump capabilities.
Class: Light Fighter
Manufacturer: Verier Underground
Max. Velocity: 500 k/s
Shields: 250 cm equiv.
Armor: 80/80
Weapons: Laser(4)
Special Weapons: Leech(2), Scatter Gun(1)

The Banshee is everything that characterizes a light fighter: fast, maneuverable, armed with a standard loadout, and bred for dogfighting. The Banshee is a space superiority fighter best suited for patrol, escort, and raiding missions, only occasionally carrying out offensive missions against enemy starships or convoys. The Banshee is not the best-armored fighter in combat, but it makes up for this with its speed.
Class: Medium Fighter
Manufacturer: Murphy Labs
Max. Velocity: 400 k/s
Shields: 250 cm equiv.
Armor: 150/150
Weapons: Tachyon Cannons(2), Laser(2)
Special Weapons: Leech(2), Stormfire(2)

The Vindicator is a Terran fighter that can serve in both a medium fighter and a light bomber capacity. It features a standard missile loadout and a plethora of guns, as well as a rear turret for self-defense, making it a potentially lethal dogfighter in combat. As a light bomber, it can perform ground-based bombings on enemy forces and installations.
Class: Light Fighter
Manufacturer: Martina Nostra
Max. Velocity: 550 k/s
Shields: 100 cm equiv.
Armor: 40/40
Weapons: Laser(2), Ion(2)

The Razor is a cheap, light fighter of an unimpressive design. It was observed most commonly amongst the various pirate factions operating across Terran territories. Having only a modest armament and light shielding, it was considerably weak compared to the light fighters actively serving in the war against the Kilrathi. The Razor was a popular vehicle among pirates during the 2670s.
Class: Heavy Fighter
Manufacturer: Black Lance
Max. Velocity: 500 k/s
Shields: 500 cm equiv.
Armor: 300/300
Weapons: Plasma(2), Tachyon(2), Fission(2)

The F-107 Lance, often referred to as the Dragon, was developed in the immediate aftermath of the Terran-Kilrathi War by the Black Lance, an elite special forces organization created by Admiral Geoffrey Tolwyn. It was designed as an all-purpose heavy fighter to be used exclusively by the Black Lance for its intended use in defending humanity in future conflicts. 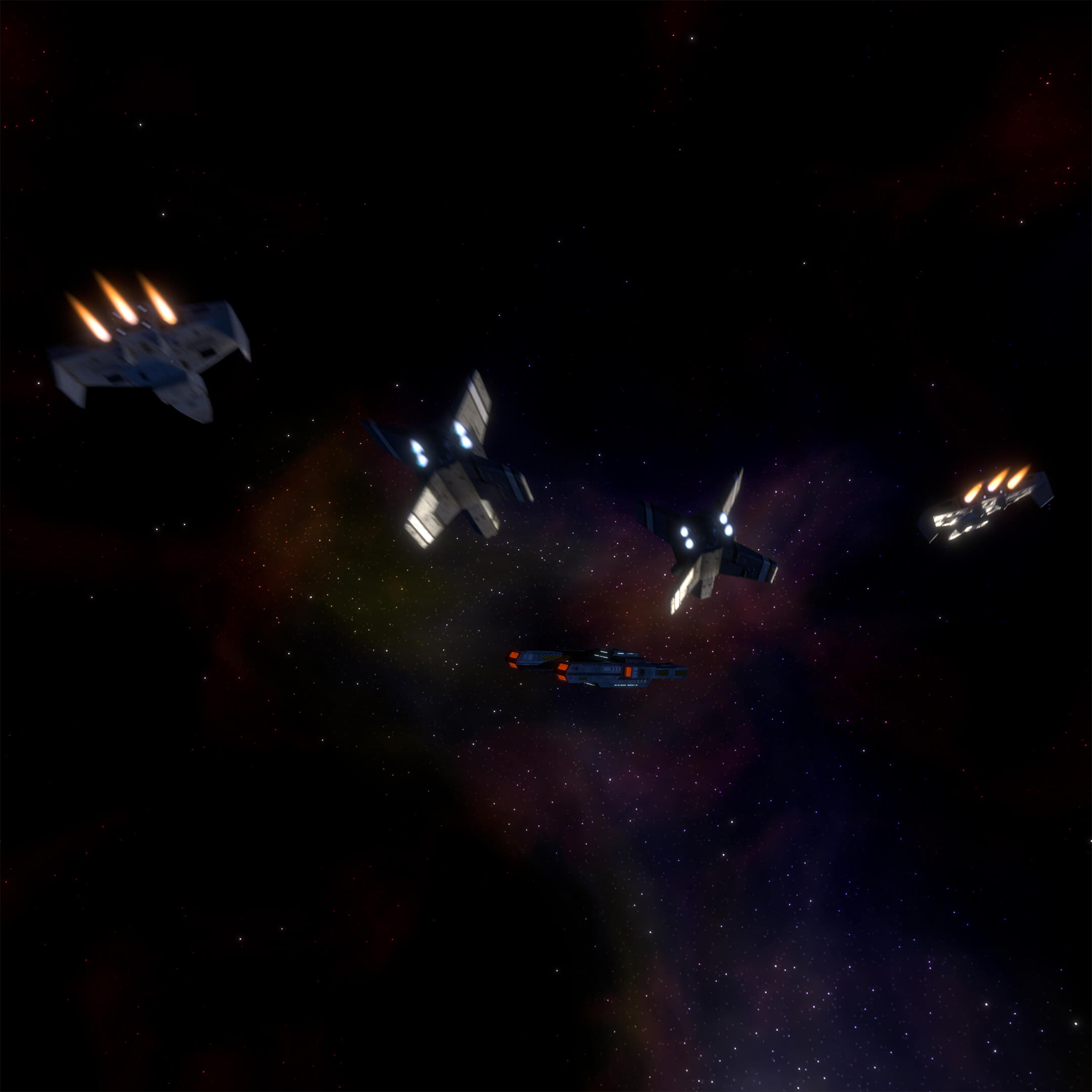 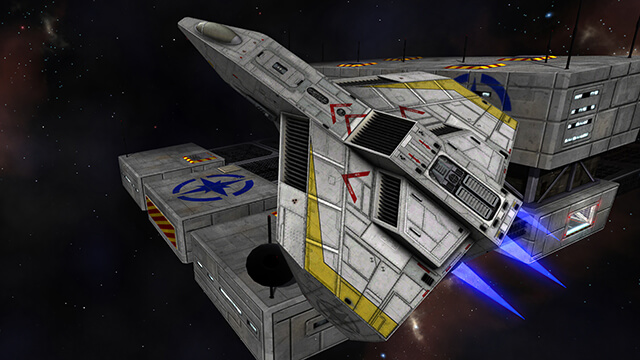 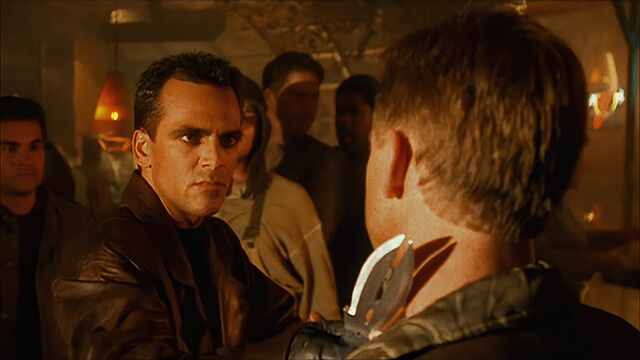 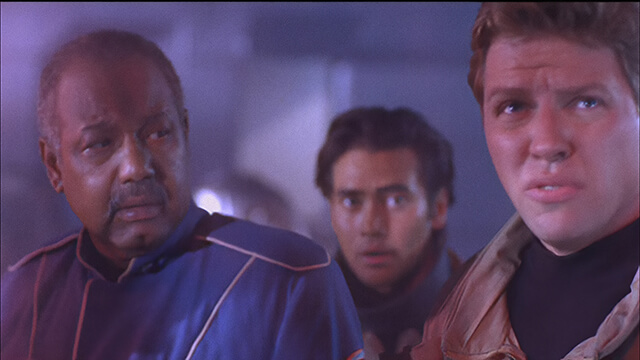 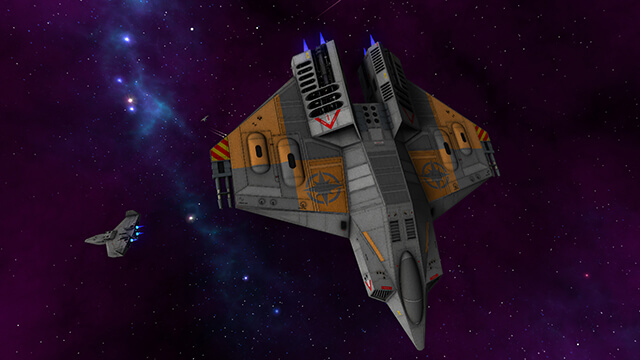 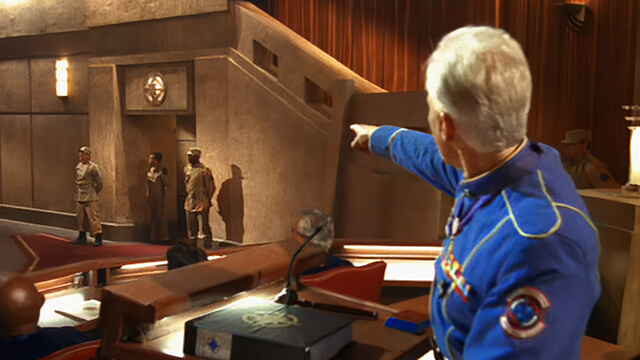 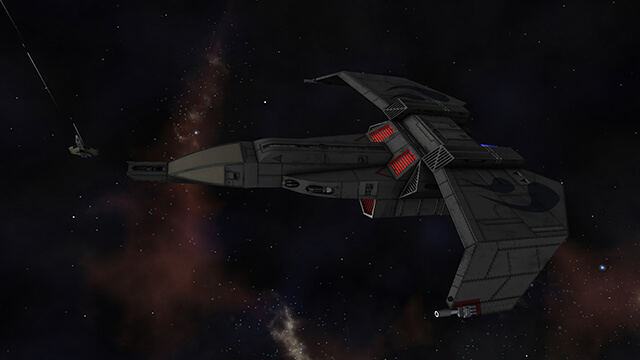 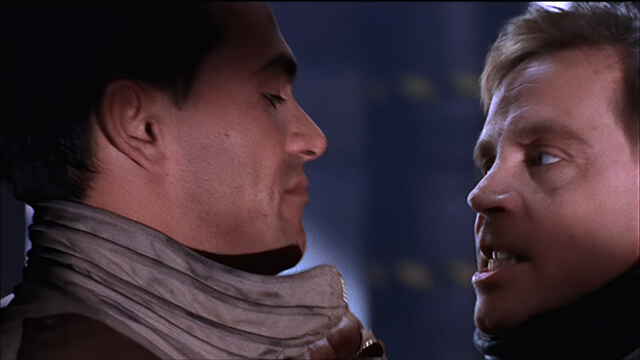 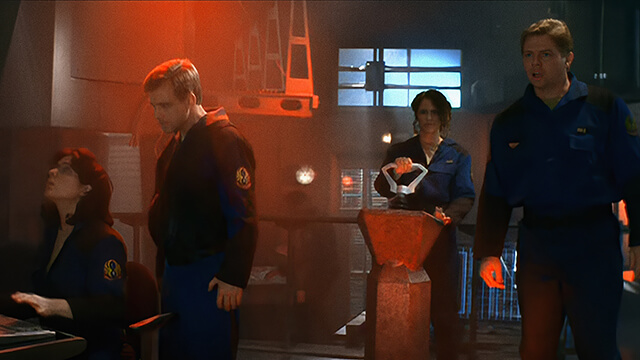 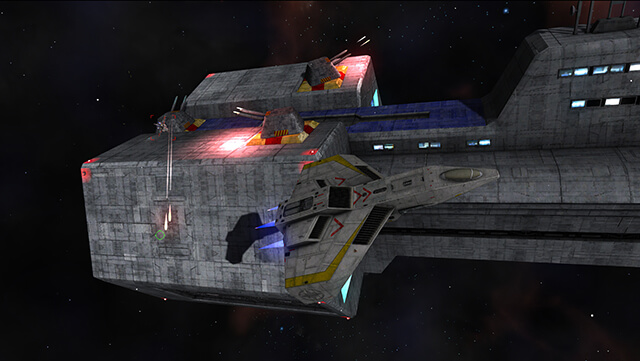 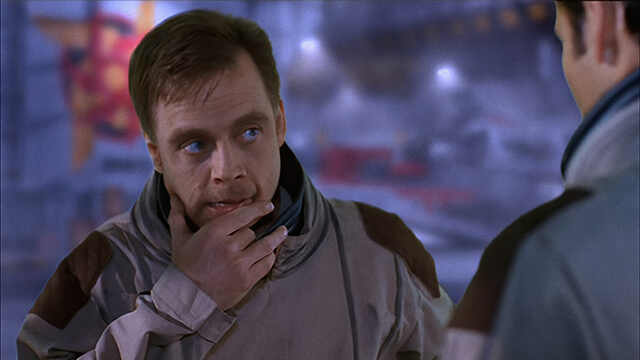 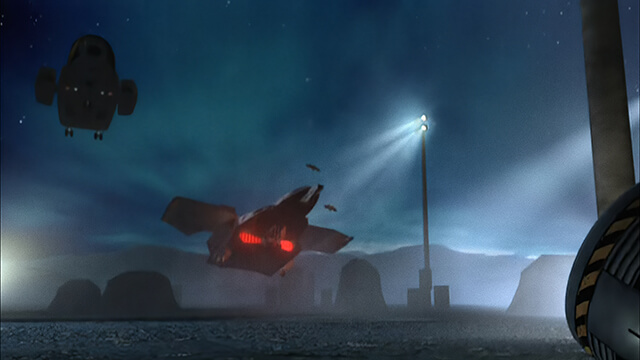 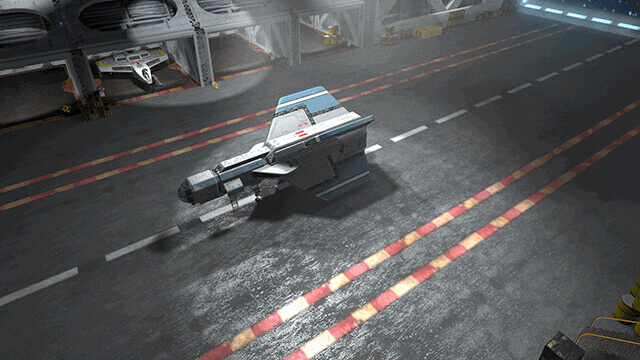 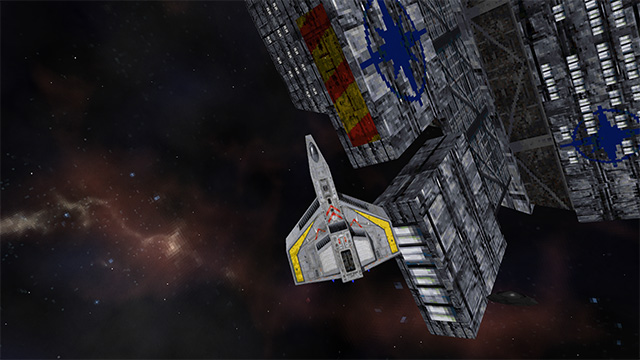 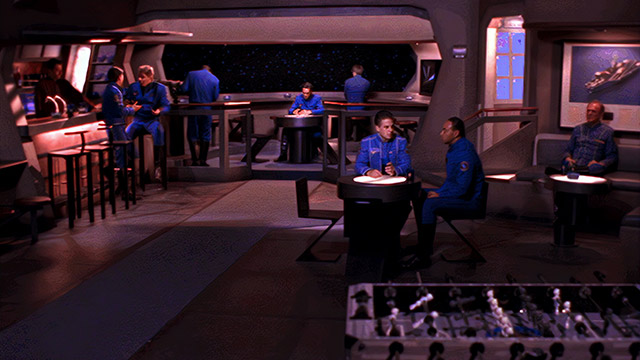 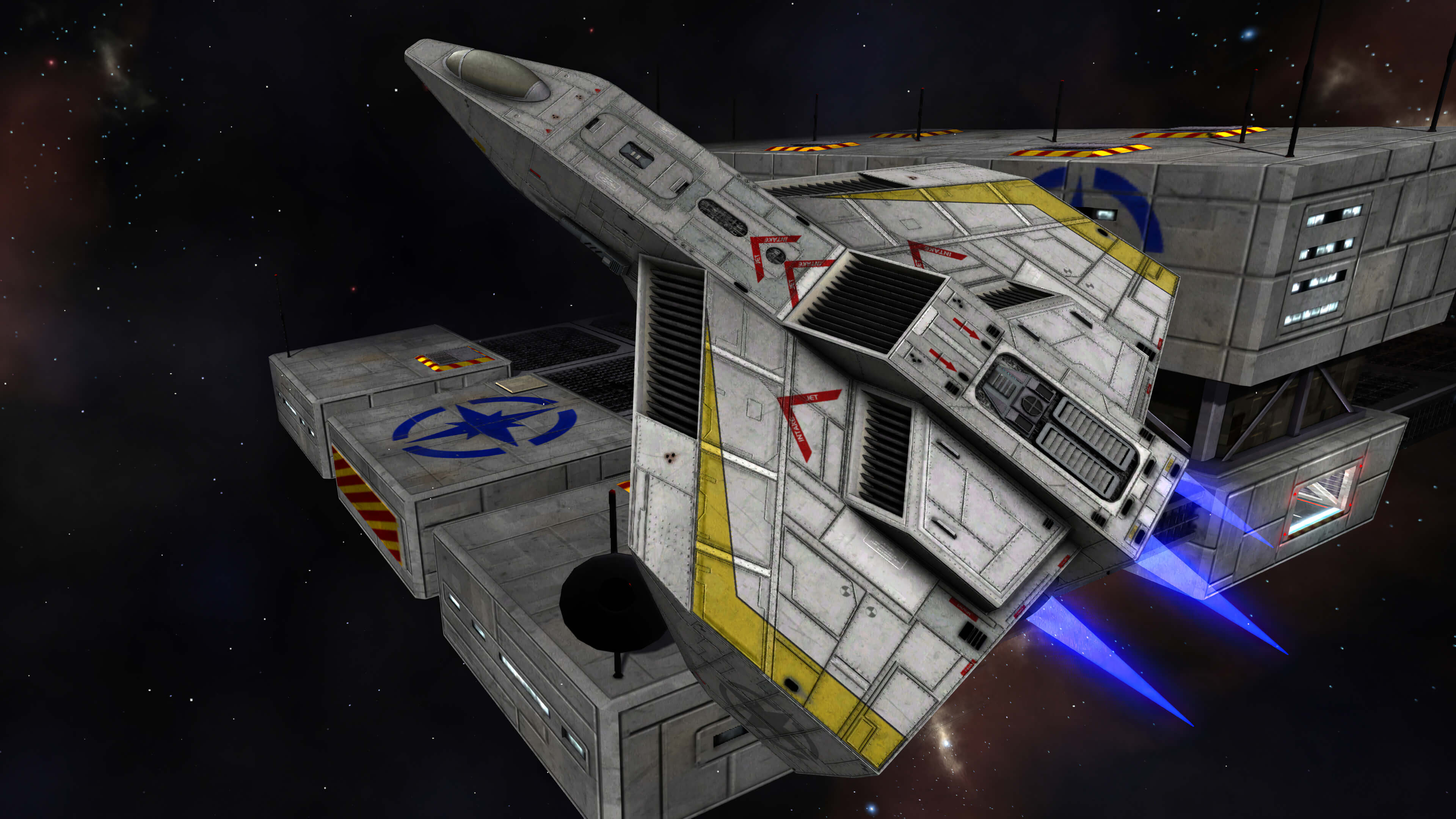 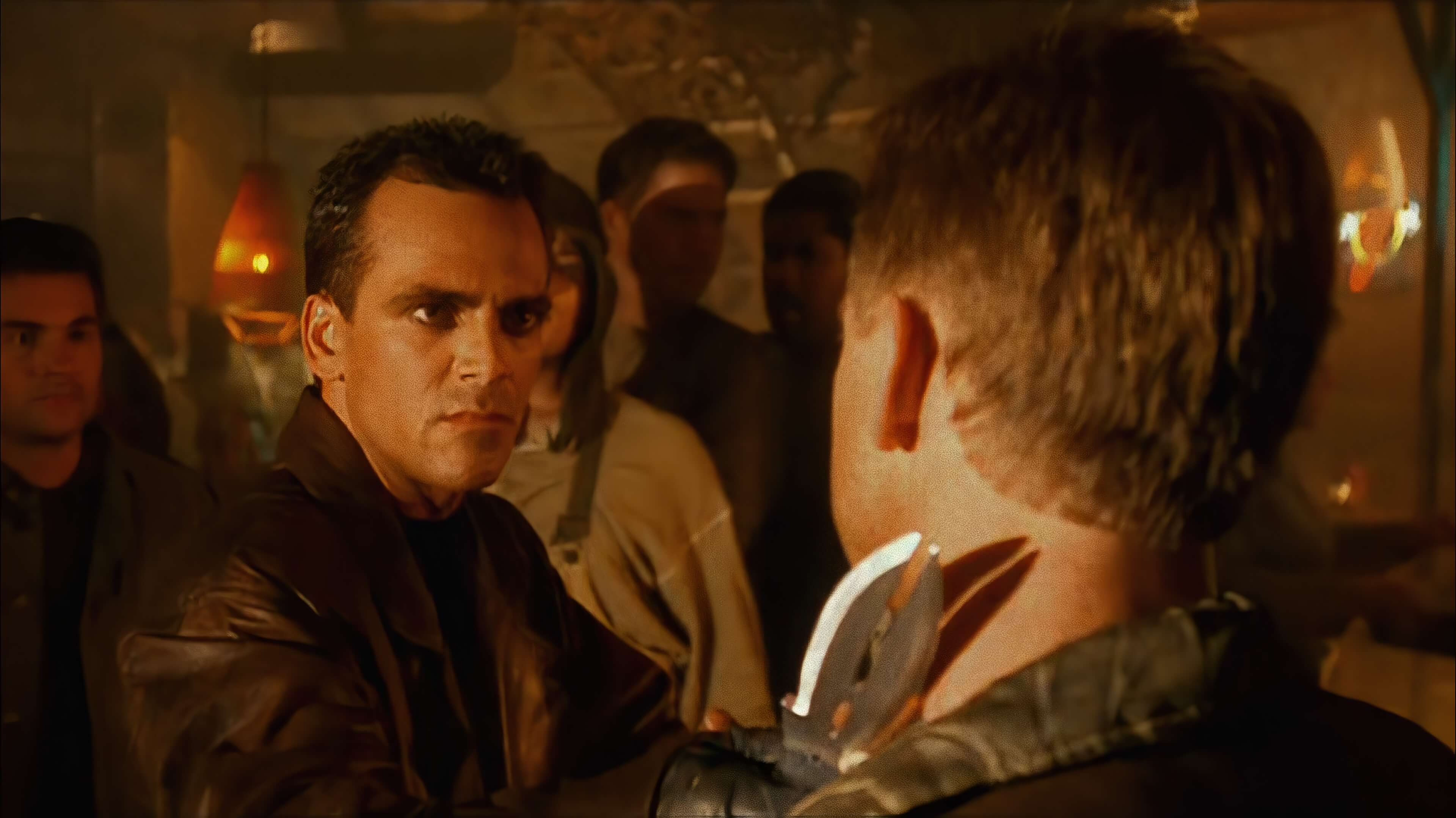 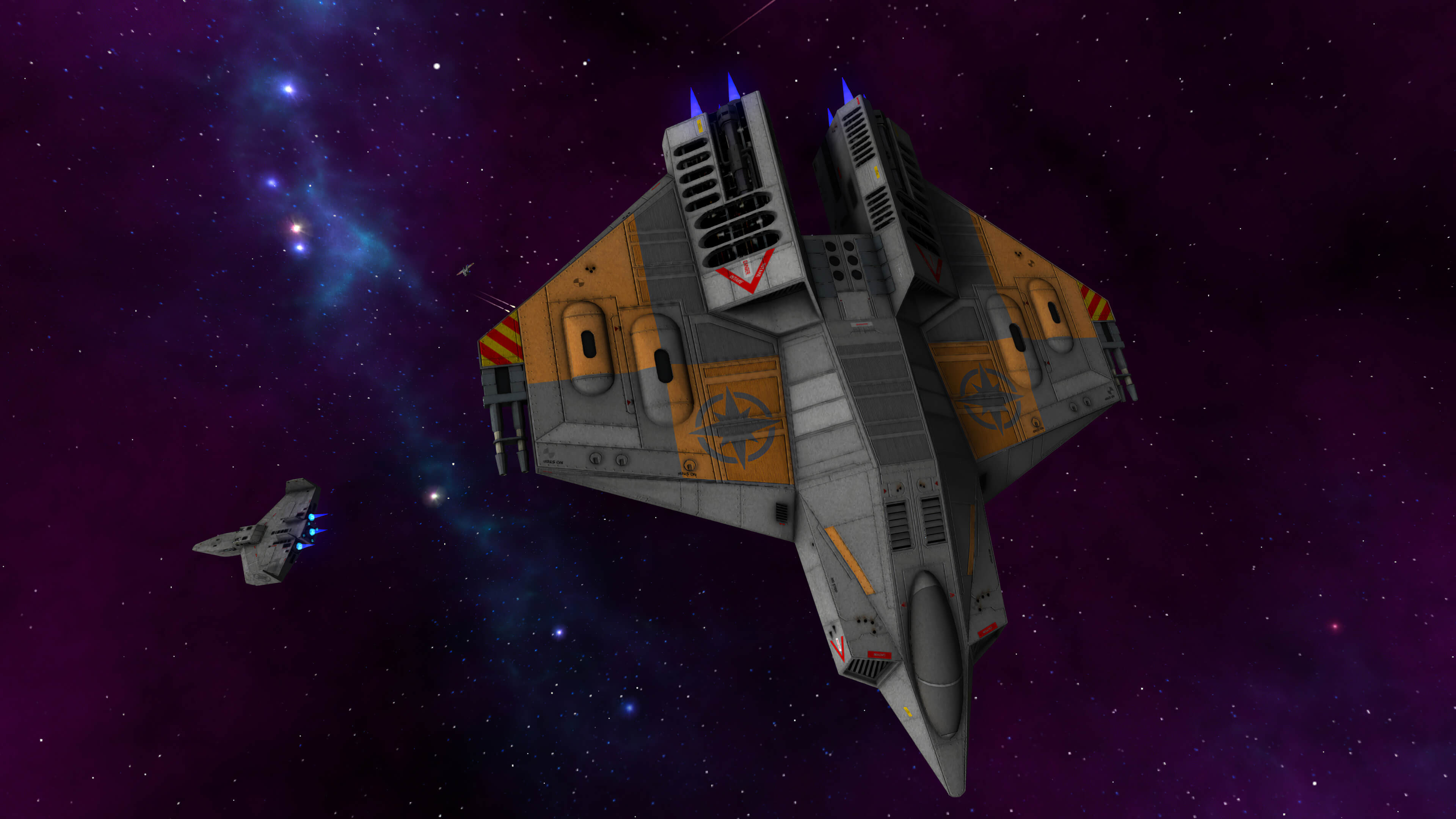 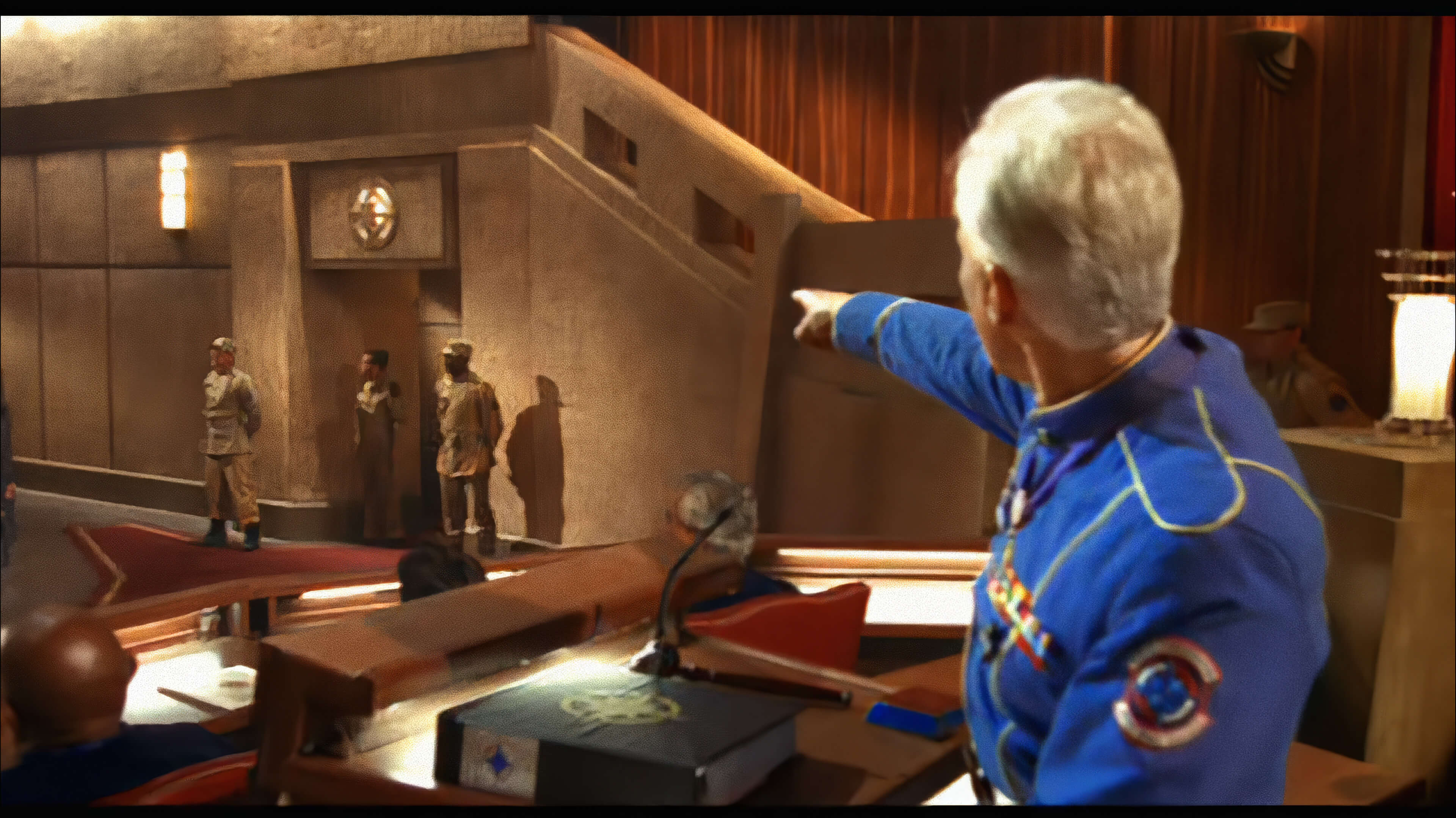 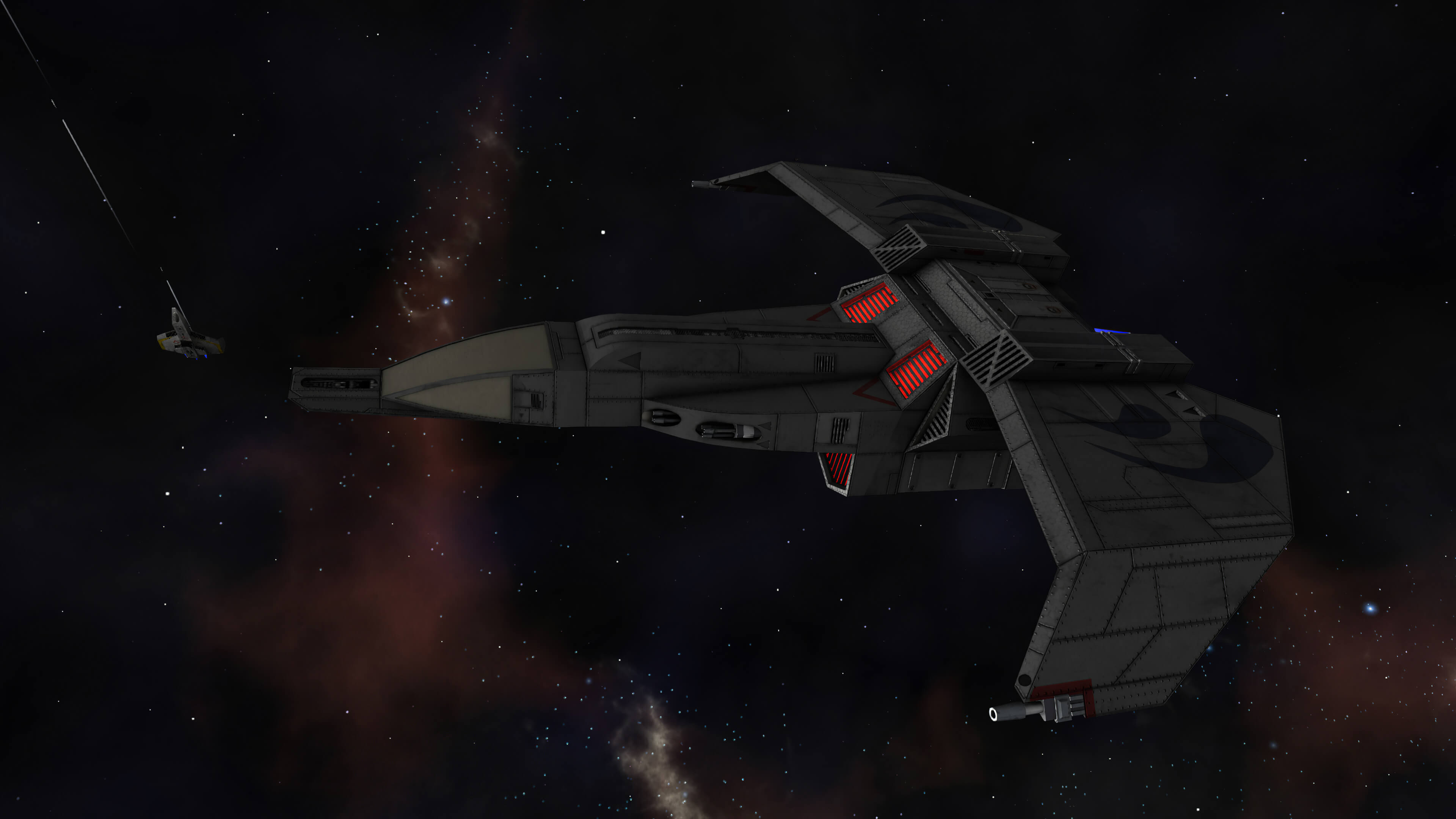 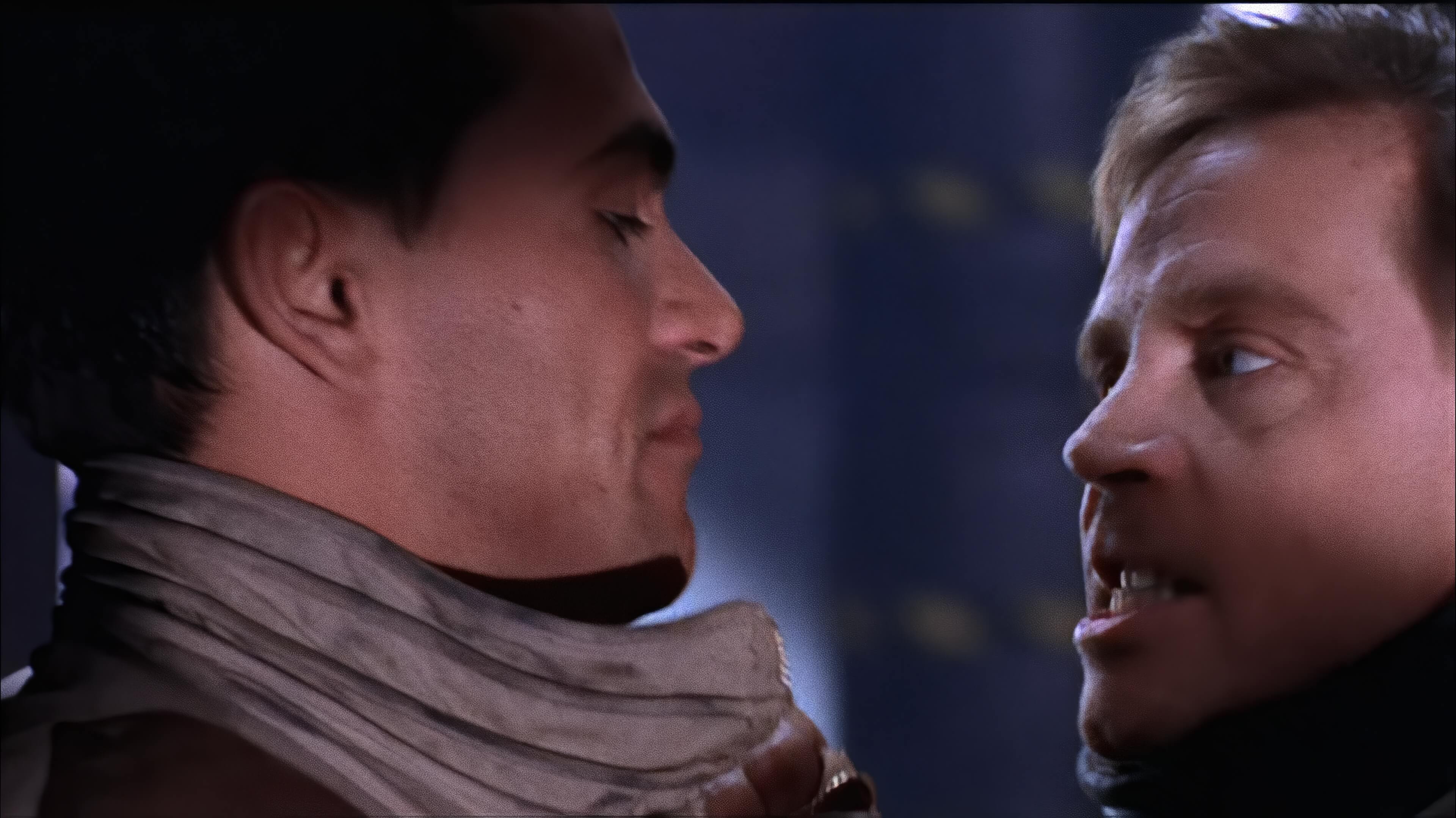 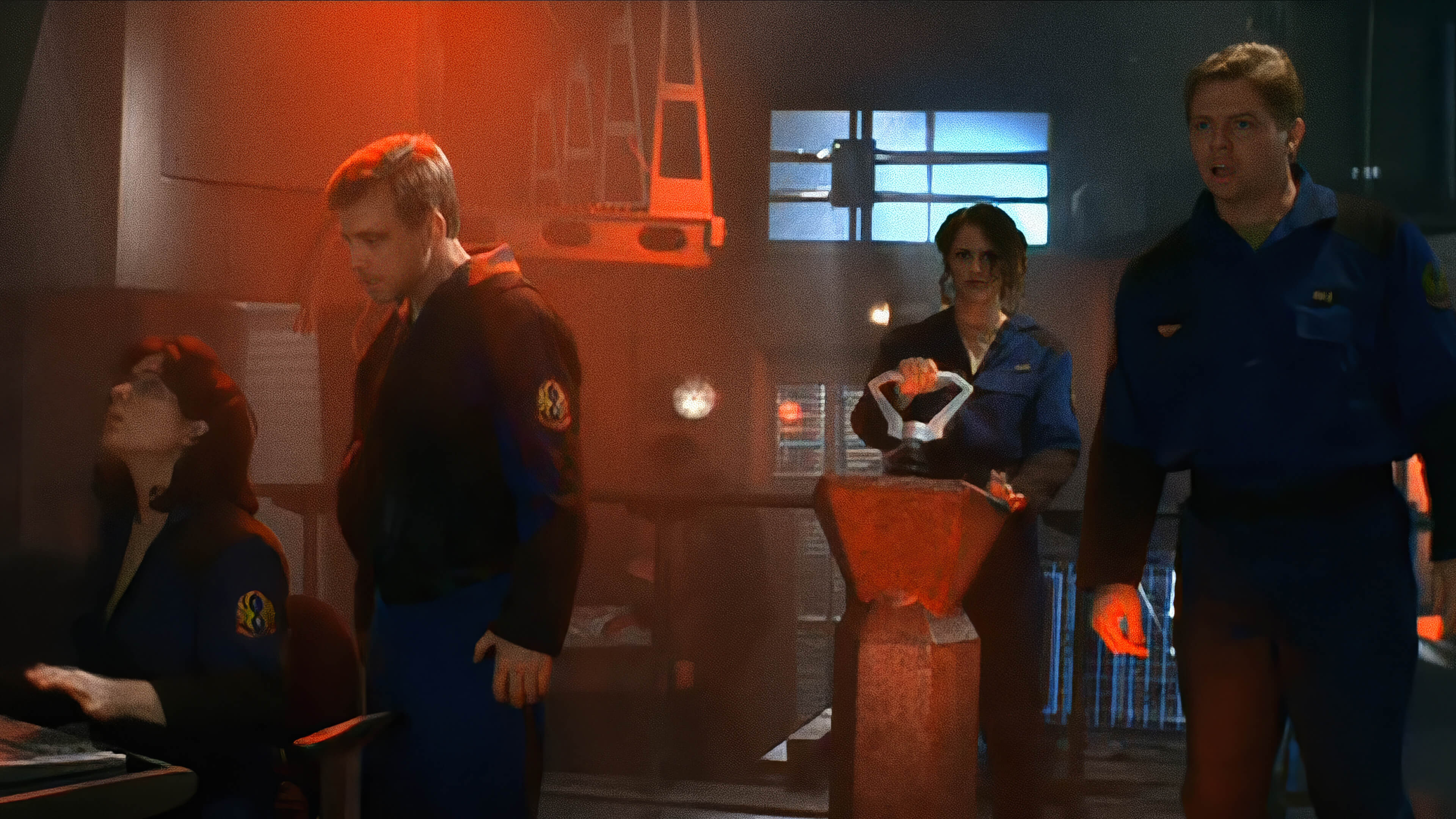 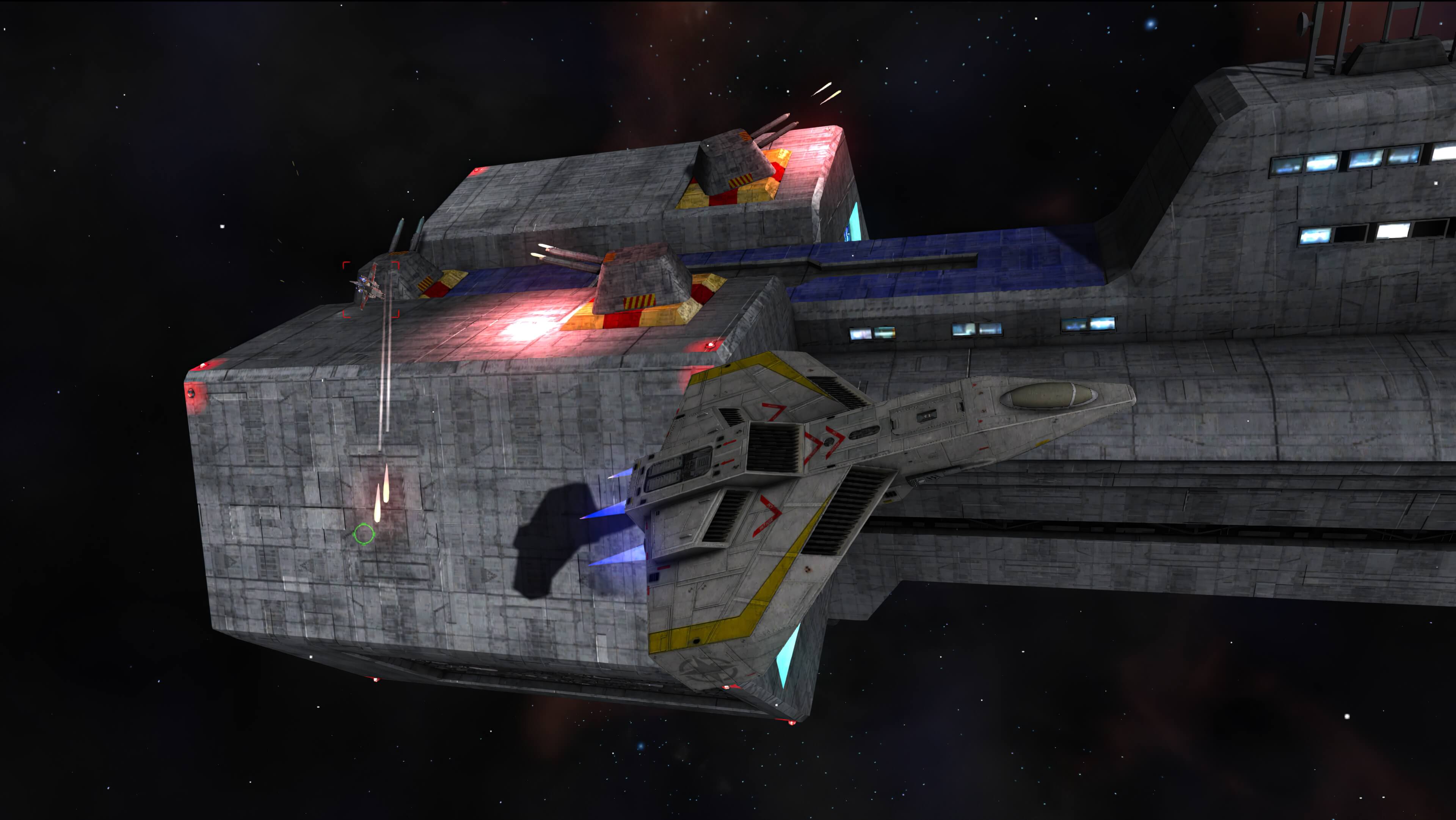 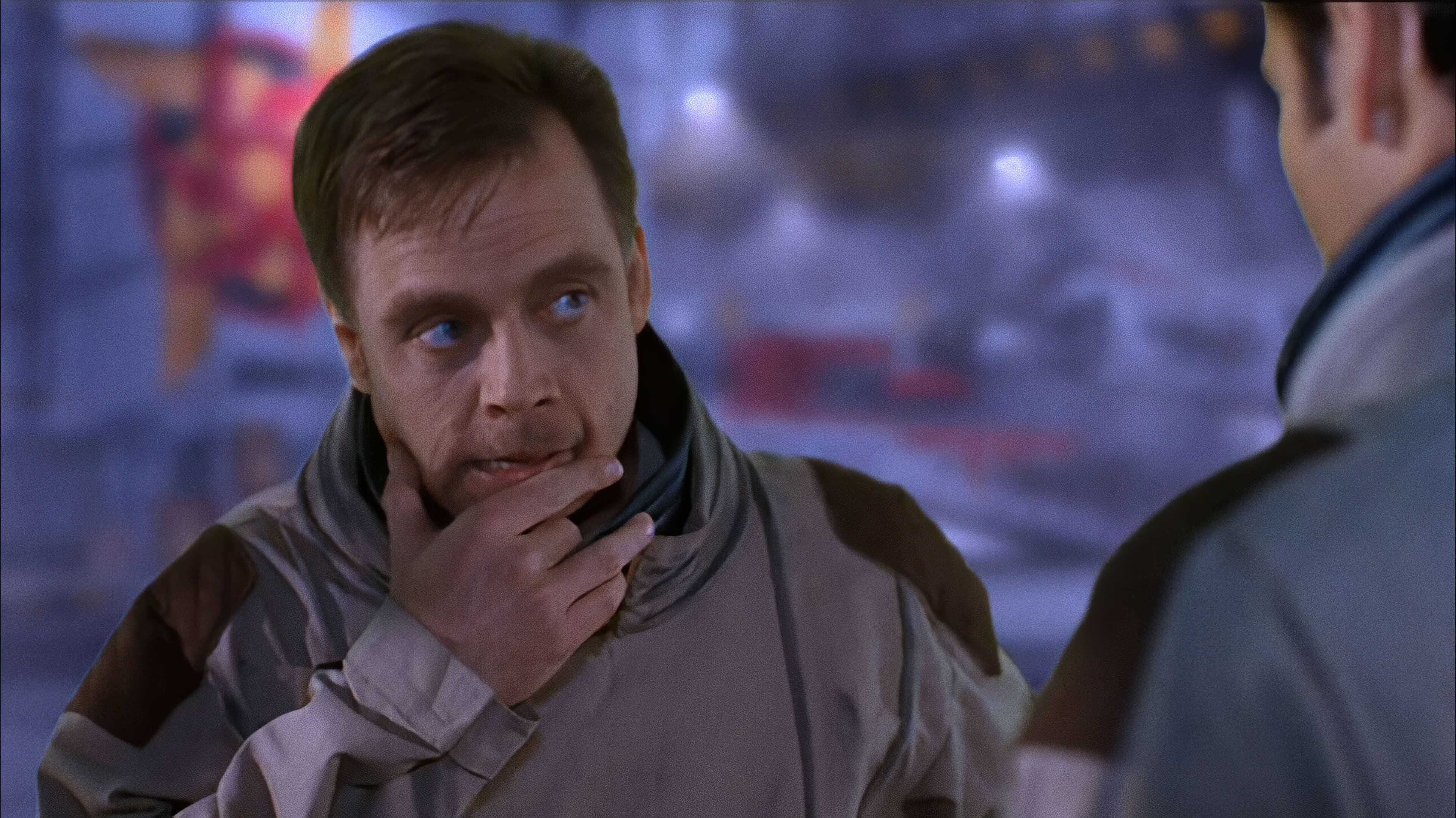 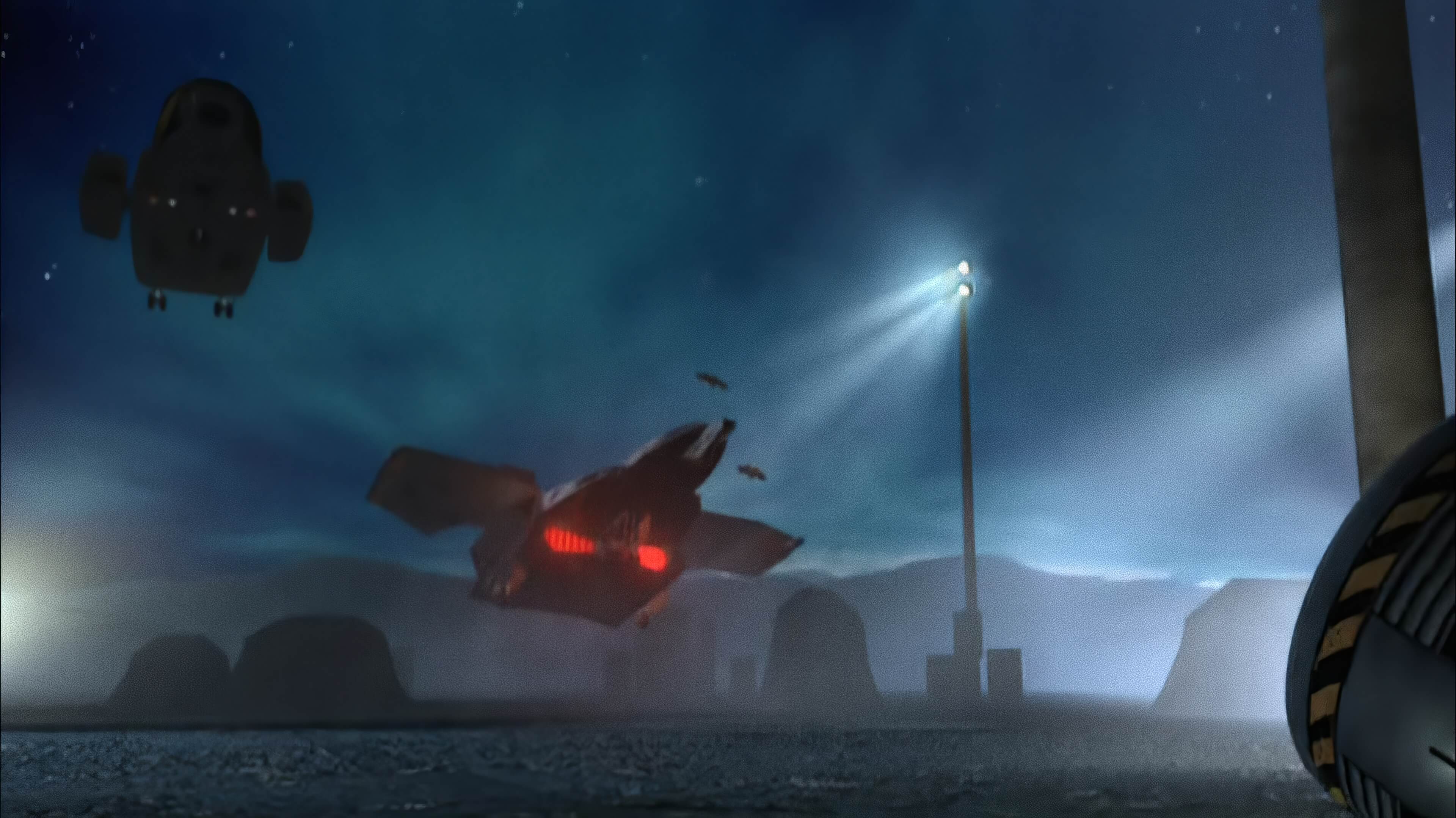 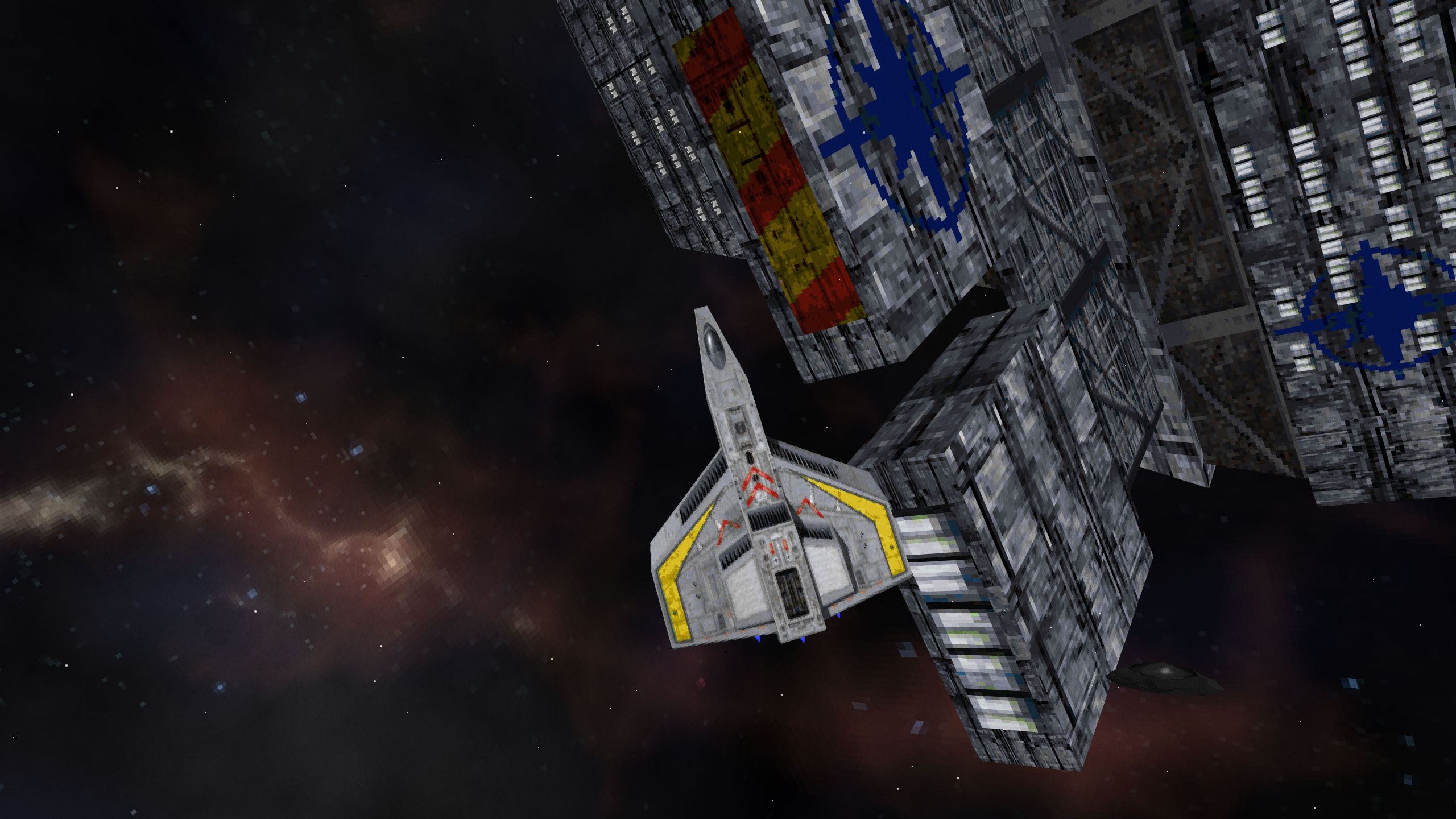 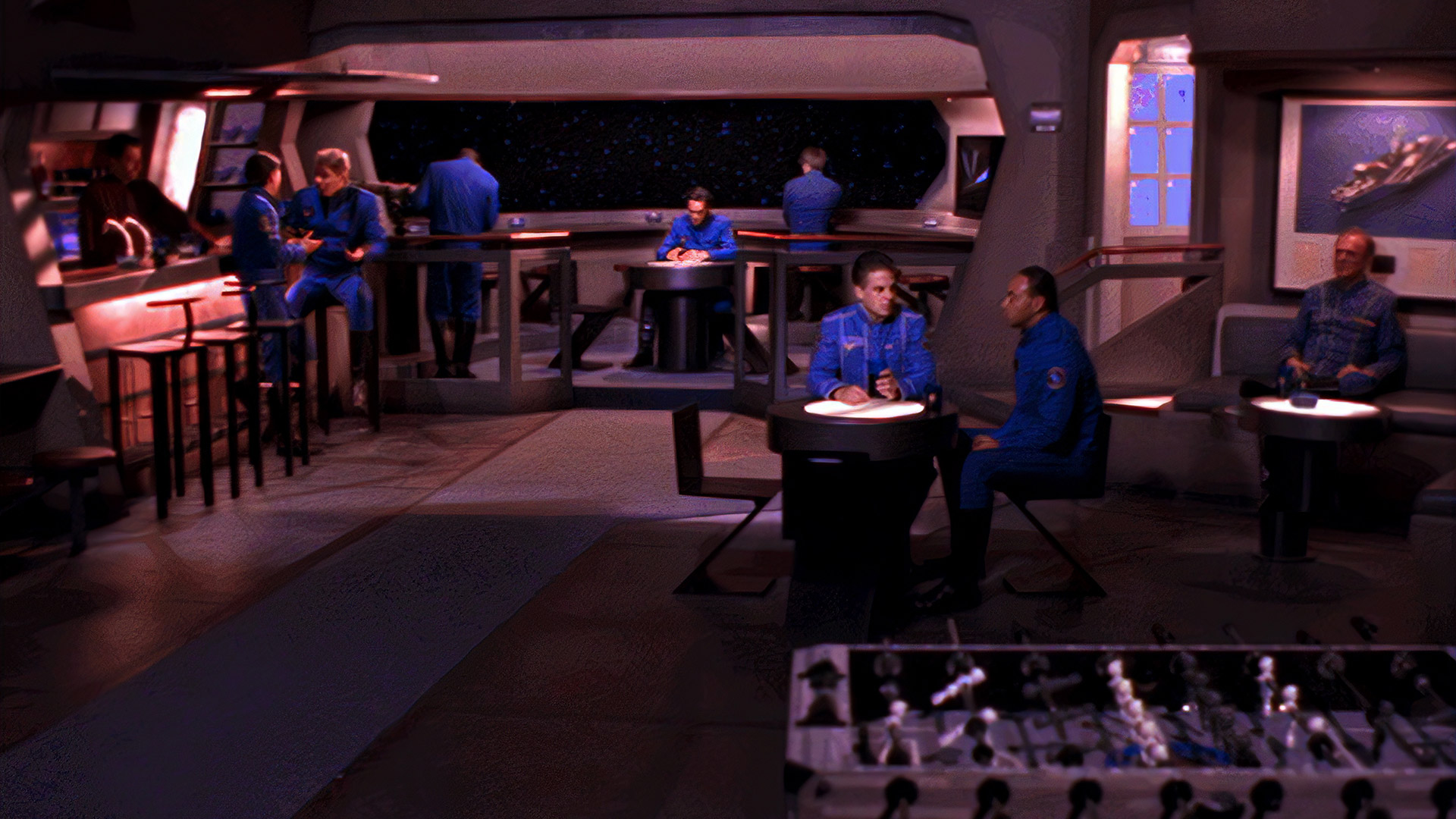